No two officials/umpires/referees/insert whatever they call them in hockey and all the other sports I do not care about have ever made the game more about their sport than them. Sure, Ed Hochuli enjoyed flexing every time he signaled a first down. Other officials enjoy arguing, but no one compares to the Joey brothers. Not even these guys were starving more for the attention than Crawford and West:

These umpires are in a league of their own. 🤣

Can you do it better than this? We want to know who has the most creative Strike 3 call. Hit the message button to submit your video.

I once watched a game when Joey Crawford was miced up bought a couple of fans a beer at the game and hit them with, “keep the change”, the guy loves the camera. Every game he officiated you could expect some sort of antics. Remember when he iced Kevin Durant shooting free throws? And then went out to berate the scores table. Simply the best.

This story appears in the July 24, 2017, issue of Sports Illustrated.

Look: We know you’re getting paid $25 million a year, but before you step into the batter’s box and try to hammer a fastball, you’re damn well going to say hello to Joe West.

You have no choice. If you don’t greet him before your first plate appearance, West will hold up the game. He is the only umpire who does this, but so what? He is the only umpire who does a lot of things, like moonlight as a country-music singer, which has made him the only umpire with three nicknames: Country Joe, Cowboy Joe and the Blue Cowboy. He has a website, umpirejoewest.com, where he sells umpiring equipment, including a chest protector he invented, the WestVest. There is a reason Royals reliever Peter Moylan splits the umpiring profession into two groups: “There’s umpires, and there’s Joe West.” Other umpires work games; West controls them. He is the only umpire who stands between managers and other umpires on his crew, effectively ending arguments before they begin. Arguing with West directly is just as futile. When Ron Gardenhire managed the Twins, he went to dispute a call, and West warned him, “Don’t step in my dirt.” He meant the dirt around home plate. Gardenhire put one foot on it and was ejected before he opened his mouth. man who gets stopped on the street more than many veteran players. Players have noticed how much he gets noticed. In the middle of last week’s All-Star Game, outfielder Nelson Cruz had catcher Yadier Molina snap a photo of him and West before Cruz hit. When Brad Ausmus, now the Tigers’ manager, was a catcher for the Astros, he once called West into a pregame meeting with the pitcher. West asked what was up. Ausmus said, “I just want to get your TV appearance out of the way now.”

I can name a few officials in the NFL. Mainly, the ones that make the calls over the loud-speaker because each and every week we are reminded who they are and how they are the head of that officiating crew. However, in baseball I can name even less. Angel something, a name like that just sticks with you. But, nobody and I mean nobody is more recognizable in their position than Cowboy Joe West. The asshole nick names, the gizzard that sits just below his chin, his overall demeanor. I love the fact that somehow he can never get his fat body out-of-the-way of a line drive coming right at him, that is my favorite part about his umpiring. I cheer for Joe West to take one-off the ankle just to watch him limp around for 25 minutes before he allows the game to begin: Has anyone loved getting him more than this guy?

Unfortunately, these two are in separate leagues, but don’t worry we have a league coming up that would be perfect for these two. Let’s get these two football certified, let them do a few pewee games and then send them right into the XFL. Imagine Terrell Owens Making his return, catching a TD, getting ready for a ridiculous celebration and he catches these two out of the corner of his eye and knows damn well he better hand the ref the ball and head back to his bench. Get your popcorn ready these two on the same field would be awesome. 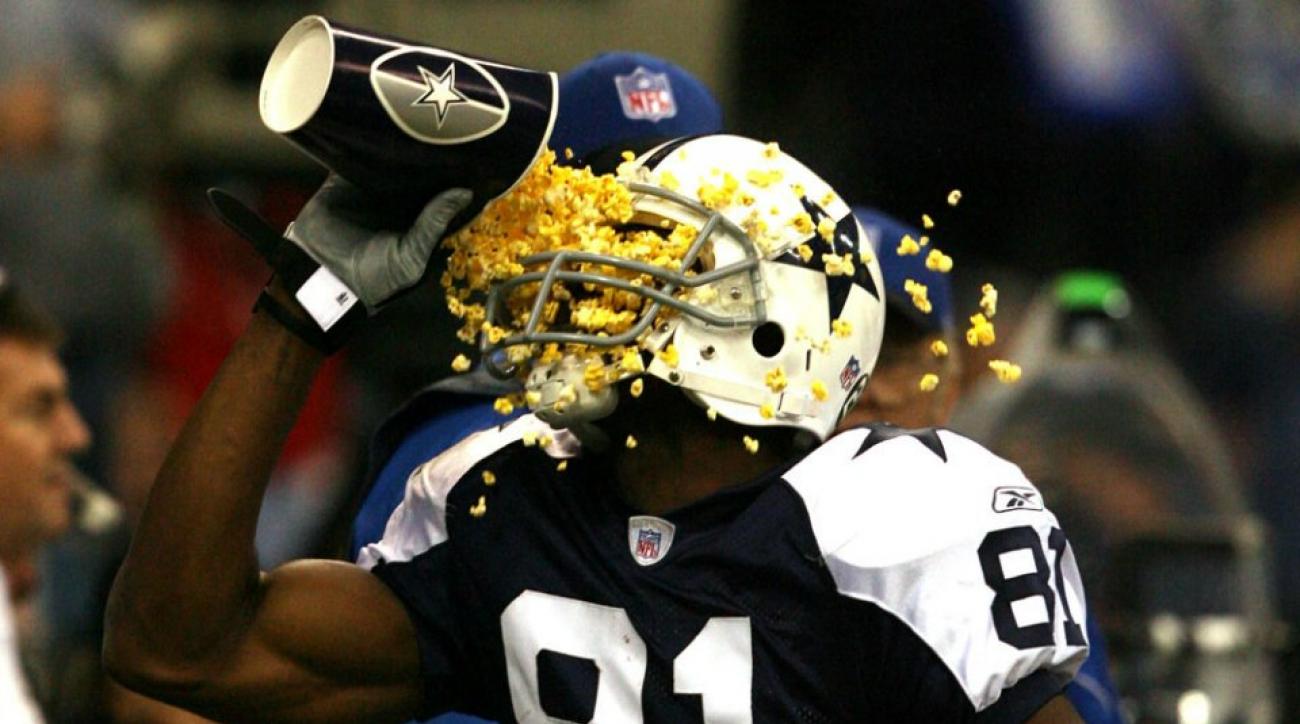 I hate posting Cowboy pictures, but this one always looks so cool.